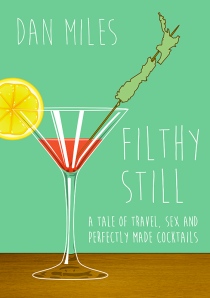 Writers live a solitary existence, much like a tiger, but at least tigers get to meet other tigers during mating season.

Unlike actors or musicians, who tend to congregate in clumps, writers are by necessity solitary. And this is fine when you’re writing your book, frankly two’s a crowd at that point, but afterwards as you attempt to navigate the dark and murky world of actually getting something published; be it on paper or online, the isolation can be quite terrifying, especially as you try to get people to read your work, which can feel at times like trying to move a house by shoulder barging it repeatedly. Over the years I’ve often thought how nice it would be to sit down and talk to another tiger, I mean writer, and find out how they did it.

Which is why I was greatly surprised when I found one sitting in the window of my local bookshop this week.

Embarrassingly I am no stranger to women in windows, I have visited both Amsterdam and Frankfurt as part of my ‘Drink the World‘ column, but this was a quiet bookshop on a suburban street, and all this particular woman was doing was tapping away happily on her Mac, a sign taped to the glass that read “Bestselling author will answer your questions for 15 minutes for a contribution to local dogs home.”

The author in question was Isabel Losada, and despite both being journalists, as writers go we couldn’t be more different. She writes candid, sassy prose about her travels in Tibet and elsewhere, whereas my work deals with rampant drinking, odd sex, and important social questions like how to effectively steal a llama using a Volkswagen camper. However, much about the experience of writing is universal; the fears and doubts, the ability to love something one moment and despise it the next, how you can struggle to write a single sentence one day, then write a chapter in an hour.

One of the things we all certainly share are the rejections, which can be both strange, myriad and brutal. For instance I was once rejected by an agent for not having enough gardening in my work. As my book is set in the world of late night bars and clubs and therefor takes place almost entirely at night, I felt that the lack of gardening was somewhat unsurprising. I confess to this day I wonder exactly what was happening in that man’s life, or indeed his garden, when he wrote that. She went one better and told me how she’d written to a member of the Monty Python team asking him to read her work. This unnamed Python who I shall call John for the purposes of this story, replied with a pleasant letter detailing exactly how long he had left on this earth, rounded up to the nearest hour, how much of that was allocated for sleeping, eating and making love, and of what left, how much was currently earmarked for reading, before politely declining the opportunity.

I asked about good and bad reviews, of which like all writers I’ve had both. She in turn asked if I had ever bought a book based solely on a review. She, it turns out, had sold 50,000 copies of one title without getting a single one.

Finally I asked what advice she would give to a new writer.

“Appreciate what you’re asking of your reader.” She told me. “You’re asking them to give up eight hours of their life. That’s a big ask. Respect that. And make sure you’re worth the sacrifice.”

I can say honestly that I have rarely left a window feeling less alone and more inspired. I wondered then how many other writers, active or aspiring, or indeed readers, might be interested in what goes on behind the scenes of a bestseller. Of what happens when the noble occupation of writing a novel, gives way to the grubby and ignoble s**t fight that is pitching and marketing one.

Rather than sit in a window I thought I’d blog it right here, and confess all the weird things you have to do whilst feeling all the time like you’re making it up as you go along.

Next week — Networking — the art of making yourself sound awesome whilst pretending to listen to someone else.

Dan Miles is the cult best-selling author of Filthy Still – A tale of travel, sex and perfectly made cocktails, out now on Amazon.

Isabel Losada is the best-selling author of The Battersea Park Road to Paradise and For Tibet with Love.